Hideo Yokoyama (1957–) worked as an investigative reporter with a regional newspaper north of Tokyo for 12 years before striking out on his own as a fiction writer. He made his literary debut in 1998 when his collection of police stories Kage no kisetsu (Season of Shadows) won the Matsumoto Seicho Prize; the volume was also short-listed for the Naoki Prize. In 2000 his story Doki (Motive) was awarded the Mystery Writers of Japan Award for Short Stories. His 2002 novel Han’ochi (Half Solved) earned a Konomys No. 1 and gained him a place among Japan’s best-selling authors. He repeated his Konomys No. 1 ranking in 2013 with 64 Rokuyon (64: Six-Four), his first novel in seven years. Other prominent works include his 2003 Kuraimazu hai (Climber’s High), centering on the crash of JAL Flight 123 that he covered as a reporter in 1985; the World War II novel Deguchi no nai umi (Seas with No Exit, 2004); and the police novel Shindo zero (Seismic Intensity Zero, 2005).

With barely 24 hours left before the statute of limitations will expire, the police receive an anonymous tip claiming that a death ruled a suicide 15 years ago was actually a murder. The body of Maiko ... 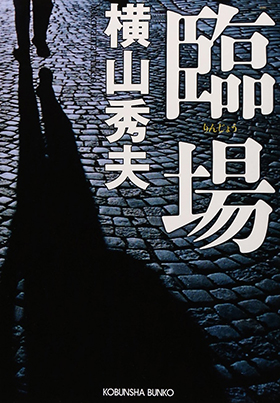 A novel in eight short stories featuring coroner Yoshio Kuraishi as the protagonist, written by the author of 64 (Six-Four), which was nominated for the 2016 CWA International Dagger award. At ...