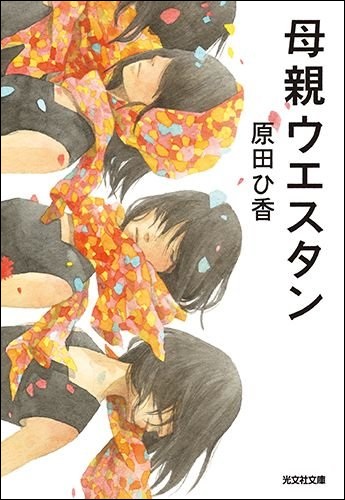 Hiromi drifts from one motherless home to another, serving as a surrogate mother to children whose single fathers—truck drivers, crewmen on far-roaming fishing boats—are away for extended periods of absence, or whose mothers have fled domestic abuse. Staying on for anywhere from a few months to a few years, she fills in as a model mother, and once the family is stable again and her services are no longer needed, she quietly moves on. When she leaves each family behind, Hiromi completely forgets about them, but the children who have been raised by her for even a brief period never forget her, frequently drawing on their fond memories of their days with her in the course of their subsequent lives, and even trying to track her down.

Yuri Kato is one such boy. Hiromi served as his mother for several years while he was in grade school, and he cannot forget her. As an adult, he searches and searches for her, finally finding her working at a lonesome bar off the beaten track. Hiromi does not remember Yuri, but she offers no particular objection when he begins visiting the bar periodically with his girlfriend in tow. Eventually he tells her he’d like to have her come live with him as his “mother,” but on the promised day, she fails to show up—and she has vanished from both the bar and from the apartment where she had been living.

Hiromi in fact has a son of her own. But having married into the family of a prominent politician, she had been so mercilessly bullied by her mother-in-law that she felt she had no choice but to flee, leaving her son behind. Is it in atonement or simply for want of her natural mothering outlet that she wanders the country serving as mother to other children? The author has given us a highly engaging tale that traces the life and times of a woman who roves the country to “mother” those in need.

Hika Harada (1970–) was born in Kanagawa Prefecture. She won the Radio Drama Grand Prize in 2006 for Ritoru purinsesu 2-gō (Little Princess No. 2). The following year she received the Subaru Literary Prize for Hajimaranai tii taimu (The Tea Time That Never Comes). In 2011 she created quite a stir with Tokyo Rondaringu (Tokyo Laundering), a novel about a woman who makes her living by house-sitting homes that have been vacated after an unnatural death. Among her more recent works is Kanojo no kakeibo (Her Household Account Book), which vividly traces the lives and loves of three generations of women in a family.