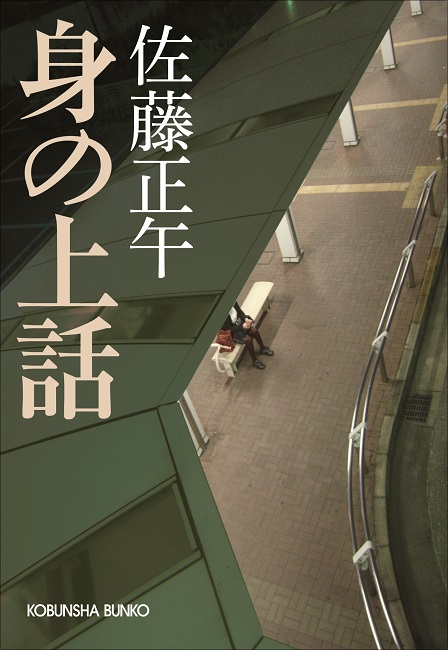 First-person narrator Kengo Katsuki relates his wife Michiru’s story, going back to events in her life before they met. The account begins when Michiru is 23 and working as a bookstore clerk in a regional city. She has been in a steady relationship with Kyutaro Kanbayashi, but is cheating on him with Kazuki Toyomasu, a married publisher’s rep from Tokyo who visits the city monthly. One day when Michiru leaves work to buy some lottery tickets for her colleagues, she impulsively winds up on a plane to Tokyo with Toyomasu instead of returning to the store.

Once in Tokyo, she decides to stay. Teruo Takei, a childhood friend who was a couple of years behind her in school and is now in college, puts her up; unbeknownst to her, he has always had a thing for her. As she prepares to begin her new life in Tokyo, she discovers that one of the lottery tickets she bought is a 200 million yen winner (about US$2 million). Intending to maintain her ordinary way of life, she tells no one about the windfall, but from that day forth her life seems to tumble out of control. Kanbayashi, her longstanding boyfriend, pursues her to Tokyo; when he finds her, she is with Takei’s girlfriend, who gets into an argument with Kanbayashi and ends up killing him. Then Toyomasu mysteriously disappears, and Takei’s girlfriend commits suicide. Michiru suspects Takei may have killed Toyomasu and confronts him about it; Takei’s response is not to deny it but to declare that he would do anything to protect his relationship with Michiru. Michiru bashes him on the head with a frying pan and flees.

Further events prompt Michiru to leave Tokyo and drift from one place to another. At one stop in her travels she gets to know Katsuki, the narrator, who upon hearing her tale vows to protect her. Katsuki and Michiru wed, and she becomes pregnant, but then Takei appears and tells Michiru that Katsuki was married before and killed his first wife. Katsuki admits his crime in order to protect Michiru from Takei’s abnormal fixation on her . . .

This story of the random misfortunes and horrors encountered by an average woman trying to live an ordinary life won rave reviews from Japanese readers and was adapted into an NHK television drama series in 2013.

Shogo Sato (1955–) was born in Nagasaki Prefecture. He won the Subaru Literary Prize in 1983 for Eien no 1/2 (Half of Eternity), which became a bestseller and was adapted into a movie. His novel Janpu (Jump) was named the best book of the year by Hon no zasshi (Magazine of Books), a book review magazine, in 2000. His other works include Kojin kyoju (Private Lessons), Toriatsukai chui (Read before Using), and Y. In 2017, He won the Naoki Prize for Tsuki no michikake (The Revolutions of the Moon).