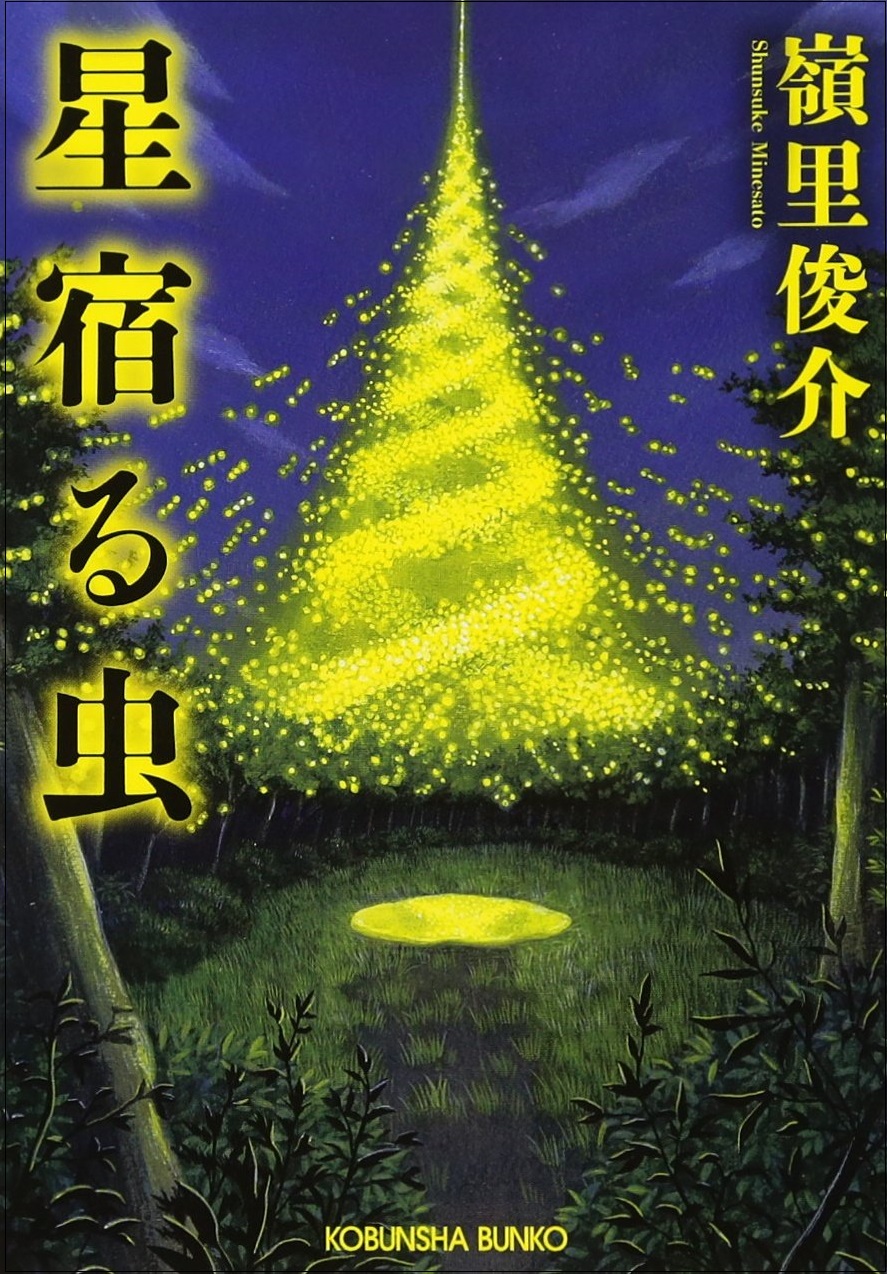 A fire breaks out in a building where a religious group in Nagano runs a brothel. The bodies recovered from the ruins are infested by a mysterious worm, and the blood in their veins has turned yellow. At about the same time, the similarly infested body of an old woman is found in the mountains of Shizuoka. The countless worms covering her body emit a glowing light, and they can be seen forming into a single file and rising into the night sky “like the Galactic Railroad” to the stars; witnesses describe hearing hymns in the background as this is taking place. The Nagano Prefectural Police call in forensic entomologist Reiko Mido, 42, to investigate.

The police identify the woman discovered in Shizuoka as none other than Reiko’s niece, Mitsuko Amazaki, a 17-year-old high-school girl. As victims multiply, Reiko determines that a previously unknown virus is behind the rash of strange deaths, and she dubs it the GRW (“grew”) virus, for “Galactic Railroad Worm.” As with HIV, the virus is transmitted through bodily fluids, most commonly through sexual contact. Unlike any other known virus, it usually causes infected individuals to age the equivalent of a year every 24 hours—though the progress of the disease can also vary. In the course of this high-speed aging process, cancerous tumors form in the brain stem, then worms appear inside the victims’ bodies and begin eating them alive. After feeding, the worms emit a glowing light and rise into the sky; ultrasonic waves they release just before expiring produce a sound that to the human ear is reminiscent of hymns.

A GRW Virus Research Clinic is set up with Reiko as director. Infected patients are brought in one after another, and among them are Reiko’s nephew Satoru Amazaki and his fiancée Megumi Asaka, both 21. Then one day there is a large explosion at the clinic: the massive numbers of worms feeding on victims’ bodies in a confined space have generated a sympathetic resonance and produced a sonic-boom-like shock wave. Satoru and Megumi survive the explosion and escape to safety, but with her body now that of an octogenarian, Megumi is already nearing death; as the worms consume her vital organs, she breathes her last. Reduced to awaiting his own similar end in the face of the virus’s inexorable advance, Satoru becomes convinced that the GRW has but one purpose in life: to broadcast a message on the ultrasonic waves it releases just before expiring: “There is food here.”

Reiko discovers that, thanks to a mechanism she compares to the way some flowers self-destruct when they sense their stigma has received their own pollen, it is possible to destroy the GRW virus through incestuous sexual contact, but feeling that sometimes “our dignity as humans has to take precedence over life,” she chooses not to publicize her findings. With very few exceptions, the lack of any other known means of countering the virus spells doom for all those who have been infected. The situation appears hopeless, but Reiko continues her search for a breakthrough.

This provocative work by a fresh new talent brings us not only a mystery in which strange deaths must be solved, and a tale of horror in which people face the terror of being eaten alive by a voracious worm, but also a novel of ideas that probes philosophical questions about the nature of human existence and how a person should live.

Shunsuke Minesato (1964–) was born in Tokyo and graduated from the Faculty of Law at Gakushuin University. He began writing after retiring from a career at Nippon Telegraph and Telephone Corporation. He received the Japan Mystery Fiction Prize for New Writers in 2015 for Hoshi yadoru mushi (Star Worms).