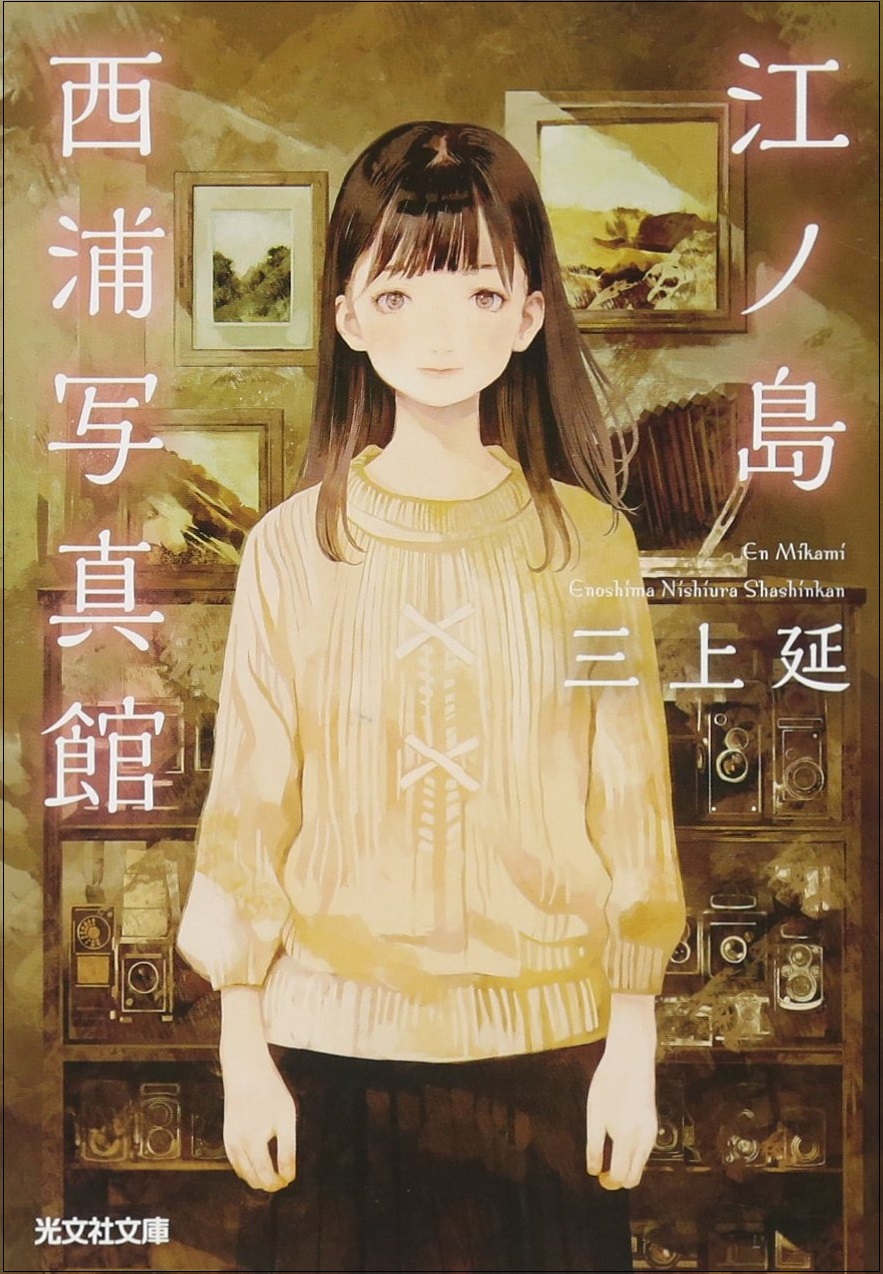 The Nishiura Photo Studio in Enoshima

The Nishiura Photo Studio in Enoshima

The story is set on the small but picturesque island of Enoshima, a popular seaside resort in Kanagawa Prefecture just south of Tokyo. The Nishiura Photo Studio that was in business there for a full century has recently closed shop due to the death of owner Fujiko Nishiura. Tasked by her mother with sorting through Fujiko’s effects, granddaughter Mayu Katsuragi, 23, visits the studio for the first time in several years. She finds an intriguing collection of “undelivered orders”—sets of photos that the customers never returned to pick up. Among them are four pictures of the same composition taken at different times over the course of some 70 years—but for some reason the smiling young man in the photos looks exactly the same in all of them. More curious still, the 24-year-old medical student who comes to pick them up also looks exactly like the youth in the pictures, which he says were of his grandfather, the original customer who had brought them in to be developed. The student, Akitaka Madori, asks Mayu to help him solve the mystery of the photos that show his grandfather looking the same across such a wide span of years. Drawing on her extensive knowledge of photography, Mayu is soon working with Akitaka to solve the mysteries of the various undelivered photo sets and return them to their owners.

At one time, Mayu had her sights set on a career as a photographer, but then some photos she had taken found their way onto the Internet and ruined the life of her friend Rui Nagano, 23. The bitter experience made her give up photography to take on a clerical job with an auto parts manufacturer, and she has shut herself up in a shell of loneliness and regret ever since. Now she gradually begins to emerge as she works on the undelivered photo sets with Akitaka, and her deep love of photography is reawakened.

Although Akitaka appears at first glance to be a privileged young man who wants for nothing, he has been saddled with an unusual burden by his family. Because his grandmother, suffering from dementia, was forever pining to see his grandfather once again as he was in his youth, his father and grandfather, who are both doctors, have used plastic surgery to make him look just like his grandfather did at Akitaka’s age. After revealing this secret, he asks Mayu to take his picture as he is now, and she picks up her camera for the first time in four years. Prompted by Akitaka’s taking a new step forward, so does Mayu: the story comes to a close as she meets her estranged friend Rui for the first time in years.

En Mikami (1971–) was determined to become a writer after graduating from college, so he worked part time at second-hand record and book shops while writing on the side and submitting manuscripts to new-writer competitions. His three years of bookstore experience ultimately contributed to the success of his Biburia Koshodō no jiken techō (The Biblia Antiquarian Bookstore Case Files; 2011) series, which became a major hit. His first break came when Dāku baioretsu (Dark Violets), a high-school horror novel he submitted for the Dengeki Novel Prize, an award targeted at new writers of light novels, caught an editor’s attention and was published in 2002. He became a full-time writer and began producing light novels in the horror/fantasy vein one after the other. The Biburia series of linked mysteries set in a used bookstore had sold over 4.7 million copies in three volumes through February 2013, and has also been adapted to TV; the fourth volume in the series, its first novel-length installment, was published in 2013.