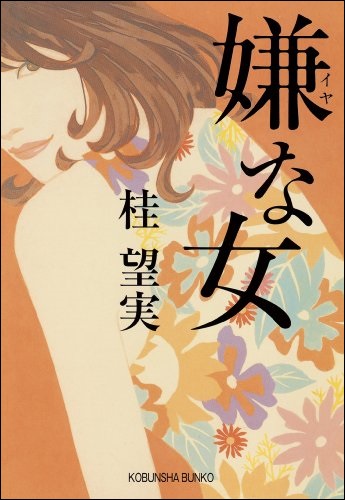 Natsuko Kotani has a knack for wrapping men around her little finger. She lies to them, she’s mean to them, and while she’s not even especially good looking, somehow they find their spirits lifted in her presence, and fall in thrall to her. Dreaming of a future together, they quickly begin opening their wallets for her.
And each time she gets herself in trouble, it is lawyer Tetsuko Ishida, a distant relative, to whom Natsuko turns for help. The first time is when Tetsuko is 24 and just starting out as a lawyer. Thereafter, Natsuko comes to her at the rate of once every few years, pleading man troubles of one kind or another—”He’s demanding compensation,” “He wants his money back,” etc.—in a pattern that goes on for nearly five decades. During this period, Natsuko gets married and divorced, dates young men, takes advantage of older men, works as a cleaning lady at a hospital, becomes a maid at an inn, and so on, switching both workplaces and addresses repeatedly.

What kind of woman is this, and what is really going on inside her head? One naturally wonders, but the reader is never given access to her inner thoughts. The story is told from multiple other perspectives—the man she was engaged to marry, the owner of a shop she frequented, an acquaintance from her neighborhood, and a long string of others whose lives she drifts in and out of. One of the great appeals of the story is the challenge of piecing together, little by little, an understanding of Natsuko from their many accounts. At the same time, Tetsuko’s first-person narrative interspersed among the other accounts provides the tale of another woman’s sharply contrasting trajectory through life—from her first bumbling efforts as a lawyer, through marriage, divorce, growing more seasoned in her work, and on to retirement—that adds a further dimension to the story.

Nozomi Katsura (1965–) was born in Tokyo and graduated from Otsuma Women’s University. After a number of years as an office worker, she left her job to become a freelance writer. She made her literary debut in 2003 with Shinikki (Death Diary), which won an award for excellence in a contest for aspiring writers sponsored by the publishing company X-Knowledge. Her 2005 novel Kencho no hoshi (Star from the Prefectural Office) was adapted to film and became a bestseller. Her 2011 novel Ren’ai kentei(Love Quotient) became a four-part NHK TV drama in 2012. Her other works include Tanomu kara hottoite kure (Please Leave Me Alone), Hataraku otome (Maidens at Work), WE LOVE jijii (We Love Old Men), Byodo gemu (Equality Game), and Run! Run! Run! (original English title).