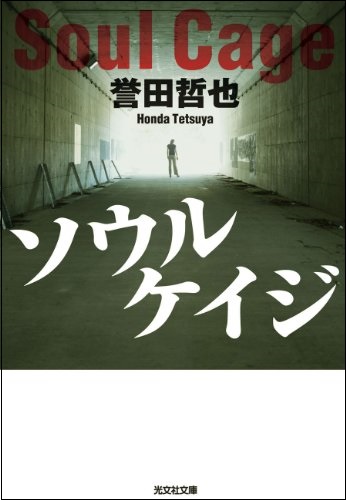 In this second installment of the author’s best-selling Reiko Himekawa series, a severed left hand is found in a minivan abandoned on a dry riverbed. Himekawa and her team join the investigation. The hand is quickly identified as belonging to building contractor Ken’ichi Takaoka, and from the amount of blood spilled in the van, it is presumed that he was killed. Searches fail to turn up the rest of the body, however, and the mystery deepens when a childhood friend shown a photo of the victim declares, “That’s not Takaoka.”

Further investigation reveals that the “Ken’ichi Takaoka” identified as the owner of the hand was actually Kazutoshi Naito, believed to have killed himself 13 years before. Naito had lost his wife in a traffic accident that also left his son, then five years old, paralyzed; in a scheme to provide for his son through a large insurance payout, Naito staged his own death and took over the identity of Takaoka. The real Takaoka had killed himself after becoming embroiled in land consolidation troubles with the Tajima-gumi yakuza syndicate.

A limbless torso is then dredged up from the river and determined to be Naito’s, but Reiko is not convinced. The DNA test is repeated at her urging, and this time the results show that the torso belongs not to Naito but to a yakuza with connections to the Tajima-gumi named Makio Tobe. Tobe had been instrumental in obtaining Ken’ichi Takaoka’s family register to enable Naito to assume the dead man’s identity, and in the years since, he had never let Naito forget it. Tobe had also been engaged with Tajima-gumi in an insurance fraud scheme by which people who owed money to the syndicate were forced to kill themselves in suicides staged as accidents in order to collect enormous insurance payouts.

Among the victims of this scheme was the father of Kosuke Mishima, now 20, whom Naito has been looking after for the last nine years; unable to be with his own son, Naito had taken Kosuke in after his father’s death and raised him as if he were his own. Learning that Tobe had discovered his secret and was now extending his tentacles toward Kosuke, Naito killed Tobe. Then, after dismembering and disposing of the body, he cut off his own hand and left it in the minivan to fake his death under the assumed identity of Ken’ichi Takaoka.

This still leaves the question of where Naito is now, minus his left hand. Reiko recalls a homeless man she spoke to in the riverbed on the first day of the investigation. When she hurries back to the scene, she finds him, now dead; in his remaining right hand he grips a photo of himself and the young Kosuke at an amusement park.