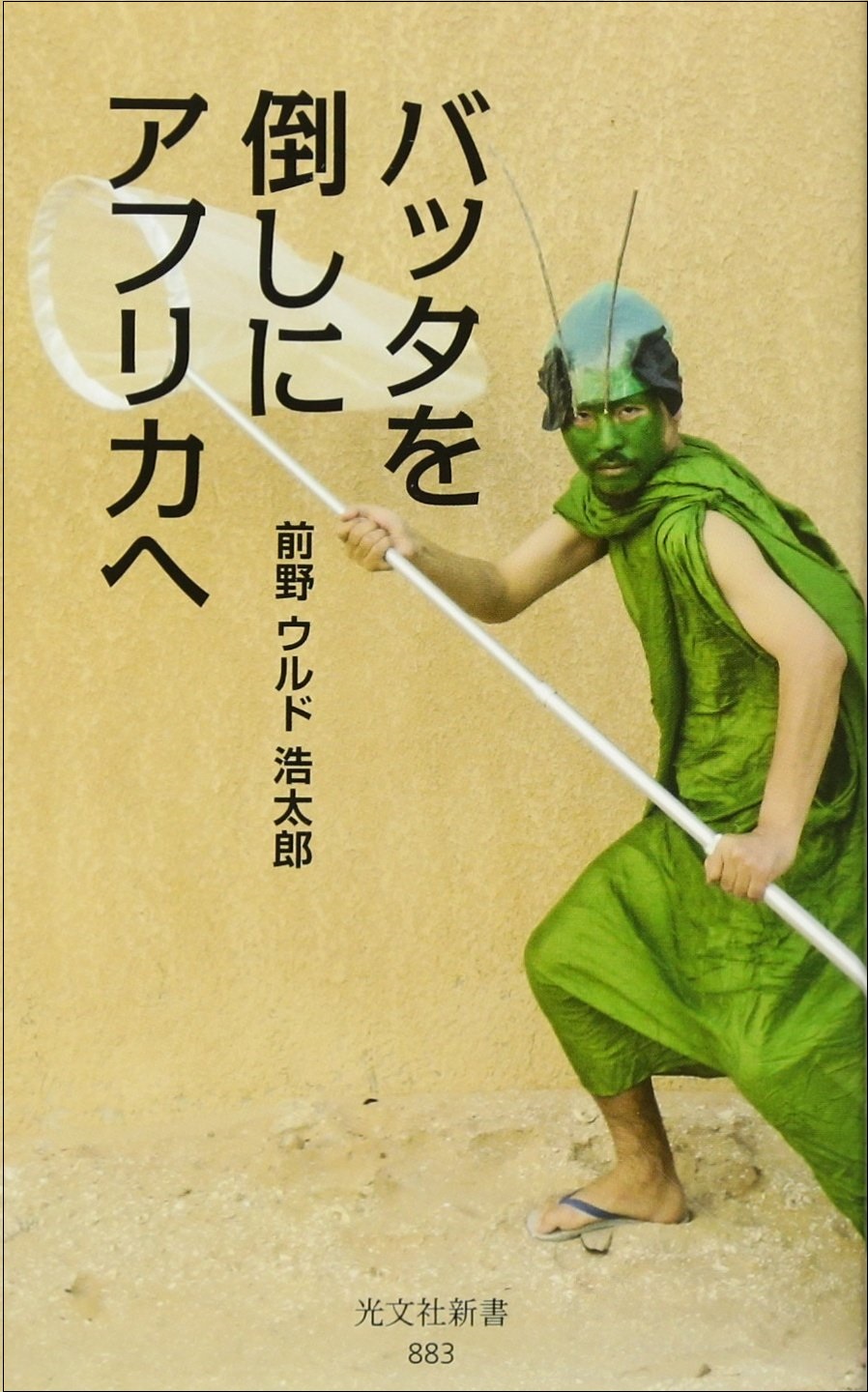 A Bug-Catcher’s Adventures in Africa

A Bug-Catcher’s Adventures in Africa

A young Japanese entomologist goes to Mauritania to do battle with pillaging locusts, and in the face of many collateral dangers, lives to tell the tale with a hearty sense of humor. The book became a media sensation in Japan and racked up sales of over 70,000 copies almost as soon as it was published.

Author Koutaro Ould Maeno began dreaming of becoming an entomologist when he first encountered the Japanese edition of Jean-Henri Fabre’s Souvenirs entomologiques (Fabre’s Book of Insects) in elementary school. All went according to plan as he graduated from college, proceeded on to graduate school, and earned his doctorate, but he realized as he entered his thirties that, in a world awash with doctors of science both in Japan and abroad, to actually earn a living by studying locusts was going to be far more difficult than throwing light on the unknown secrets of the insect. He was faced with a decision: should he give up on his longstanding dream and find a job in industry, or should he stick with his ten-thousand-to-one shot of “making it” as a scientist? Without hesitation, he chose the latter. Both to rescue the Mauritanian people from the scourge of swarming locusts and in the hopes of ultimately securing an academic post for himself, he moved to Mauritania and made the Mauritanian Desert Locust Centre his base for conducting his first fieldwork as an entomologist.

Most locust research today is being carried out in laboratories, and very few researchers anywhere in the world choose to go out into the field. It did not take Maeno long in his new situation to discover why: the extremely unforgiving natural environment in Africa, life-threatening encounters with wild animals, the possibility of becoming a target for terrorists when pursuing locusts at night, and the danger of minefields blocking one’s path all presented daunting challenges. As if those weren’t enough, a major drought wiped out populations of the very insect he had come to study. Maeno laughed off the devastating setback with an indefatigably positive attitude, altered his subject of study when necessary in order to stay active (a practice he refers to as “stepping out”), and continued to build his scholarly record. His positivity paid off when he finally garnered a coveted post at prestigious Kyoto University, home of numerous Nobel laureates.

Another inspiring aspect of the story is Maeno’s ability to quickly win hearts and establish strong bonds with the local people even as he struggled with the language barrier, differences in culture, and alien customs. His middle name “Ould”—a name of highest respect in Mauritania, meaning “descendant of so-and-so”—was conferred on him by his supervisor at the Locust Centre in testament to the trust Maeno was able to build with the local people.

Accompanying the text are numerous photographs taken in the course of Maeno’s fieldwork. The book is recommended not only to readers interested in locusts and intercultural communication, but as a potentially life-changing inspirational book for those who are uneasy about the future or feel weighed down by their unvarying routines.

Koutaro Ould Maeno (1980-) was born in Akita Prefecture. Familiarly known as “Dr. Locust“, he is an entomologist. He is currently a researcher at the Japan International Research Center for Agricultural Sciences. After earning his Doctor of Agricultural Science degree from Kobe University Graduate School, he was a term assistant professor at Kyoto University’s Hakubi Center before taking up his present position. He has dedicated himself to the development of pest control measures for the desert locust that plagues crops in Africa with massive outbreaks. His publications include Kodoku na batta ga mureru toki: Sabaku tobibatta no sō-hen’i to dai-hassei (When Solitarious Locusts Gregarize: Phase Polyphenism and Outbreak in the Desert Locust), for which he won the Books Worth Reading Grand Prize. Batta wo taoshi ni Afurika e (A Bug-Catcher’s Adventures in Africa) is the first work he has written for the lay reader.